In 2011 I returned from a successful book tour in Germany where some of my audiences had been college students and I found myself missing the classroom intensely. Three days later, I received an email from the chairman of Michigan State University’s English Department asking if I’d consider teaching there.

Of course I said yes. When we met for coffee, I told him about the serendipity. He said that he’d reached out to me because I had published more books than the entire creative writing faculty put together and I had unique experience in publishing that the academic writers didn’t.

I remembered the department’s home in Morrill Hall fondly–it was where I did my PhD–a 19th century building that was down-at-heels but spacious and full of character. 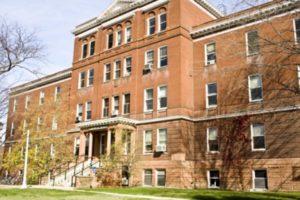 I was only back there again for a semester before we moved to offices in another building on campus. These offices were cramped and utterly soulless. The conference room was brightened for me, however, by large framed posters of writers featured in the Library of America series. There are hundreds of books put out by this nonprofit organization whose aim is “to celebrate the words that have shaped America” and their publications cover several centuries of American writers of all kinds: poets, essayists, novelists, playwrights, historians.

The framed posters in that conference room happened to be of a diverse group of writers who had all inspired me in my career as an author and teacher: James Baldwin, Gertrude Stein, Willa Cather, Richard Wright, William Faulkner, Zora Neale Hurston, Mark Twain. 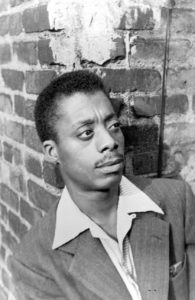 Baldwin, for example, changed my life when I discovered Another Country in high school because that bestselling novel spoke openly about sexuality and race in the 1960s the way that none of my assigned readings did, and in prose that was sometimes breathtaking. I’ve since read it novel many times, always finding new wisdom.

“I think you’ve got to be truthful about the life you have. Otherwise, there’s no possibility of achieving the life you want.”
― James Baldwin, Another Country

The conference room itself was grim and shabby around the edges. But the posters reminded me of the joy of seeing the world through completely different eyes, the fascination of watching students discover new viewpoints and revel in or wrestle with them, and how powerful authors motivated me as an author myself to keep working at my craft.

Returning to the classroom was exhilarating, and I felt as inspired by those writers as by my college mentor whose own teaching was witty, compassionate, and incisive.

I’m not at MSU anymore (I teach online at writewithoutborders.com), but I was still surprised and disappointed when several friends in the department recently told me that the Library of America posters were coming down. None of them could offer a compelling explanation. Or explain why when the removal was first announced at a faculty meeting, some professors were enthusiastic and practically cheered, as I was told.

That’s a very disturbing response at a time when universities around the country are focused on diversity and inclusion. More than half the writers in the group are Black, gay, lesbian or both. Why would anyone be happy to see them disappear? And why would the department want to symbolically cut itself off from a rich, diverse American literary heritage? What kind of message does that send to students and the university as a whole? What kind of statement does it make about the department’s priorities? And really, what on earth does anyone have against James Baldwin, one of America’s greatest post-World War II writers?

The department’s web site states that should the Internet ever collapse in some kind of apocalypse, books would still survive and “continue to galvanize readers.” I guess their authors won’t matter, though.

Lev Raphael is the author of 26 books in genres from memoir to mystery, most recently State University of Murder.  This piece originally appeared in the Lansing City Pulse.