And I’ve seen that in my own life.  I’m one of those people who’s not not reading as many ebooks as before.

In the beginning I was excited to download books instantly whenever, wherever.  Forget two-day delivery with Amazon Prime.  If I wanted a book on my iPad at 3 AM, voilà–and the font and page color could even be adjusted.  How cool was that?

But then the books started massing and I lost track of how many there were, unlike being able to see and sort the TBR pile in my study. I know, not a problem the Pope had to address at the UN, but still–

Then I noticed that far too many ebooks, from all sorts of publishers, seemed badly proofread, if at all.  Spacing was off, typos were bizarre, sometimes whole sections or chapters were in italics.  As an author and reviewer, I know errors creep into books, but this was a level of sloppiness that felt new to me.

Another contributing factor: Dealing with insomnia after a car accident, one solution recommended by experts was to avoid e-readers (and laptop or PC screens) at night because of the light interfering with my sleep cycle, so that forced me to cut down.

But I had found myself drifting away from ebooks anyway by that point.  I’m an extrovert and can be easily distracted.  I turn to reading as a form of meditation. I want to be completely lost, mesmerized by storytelling whatever the genre.  Holding a device where I can check my email or the news can break the spell.

More than that, I still enjoy the physical feel of an open book in my hands, especially a hardcover.  I relish the sensuous experience of turning the page, marking passages I enjoy, making notes, comparing pages–things that are totally different experiences with ebooks.

However, I rely on ebooks for trips at home and abroad.  Back in the day, I could never decide what exactly to take with me and either packed too many books or the wrong ones.  That never happens anymore.  And if it somehow does and there’s absolutely nothing that interests me left on my iPad, I can still browse wherever I am.

If the WiFi is good….

Lev Raphael is the author of The Edith Wharton Murders and 24 other books in genres from memoir to horror. 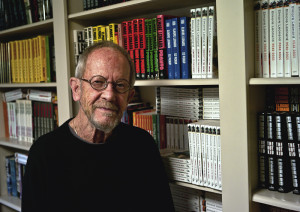 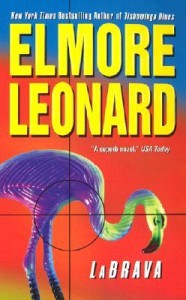 Lots of writers dream of writing a “big book.”

It’s a book that gets advertised and reviewed everywhere.

A book that people are reading on trains, planes, subway, and listening to in their cars on cross country trips or morning commutes.

A book that everyone sees at airport book racks. A book that makes all the best seller lists and prompts speculation about who’s going to star in the movie.

A book that becomes part of the cultural conversation, even briefly. A book that gets the author onto countess chat and interview shows across the country.

A book that seems to be everywhere you look and that all your friends are talking about.  A book that book groups can’t wait to dive into.

What special talent does it take? What magic do you need?

Well, it’s crucial that the book is physically big.

500-600 pages is big book big. It tells readers that they’re buying something the publisher has invested lots of time and money in. Think The Historian, Mystic River, The Secret History, The Girl With the Dragon Tattoo.

I know of a writer who was doing well with a series and was told very frankly by an editor that to break out, to have a big book, that writer had to write books that were much longer. This is a true story. And kind of sad, because I thought that writer’s series was terrific.

Then I read the author’s breakout book which, you guessed it, became a big book with a star-studded movie and all the trimmings.

It felt overwritten and padded, easily 100 pages too long, if not more.

But the strategy worked. This author is now wealthy and famous, though not a better writer.  Just a bigger one.

Does size matter? Yes, if you want to make it big in traditional publishing.

Lev Raphael is the author of 25 books in many genres, including The Edith Wharton Murders, his first book to be reviewed in The New York Times.  It’s well under 500 pages.  🙂