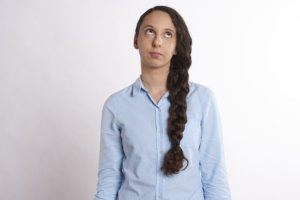 After years of reviewing crime fiction for the Detroit Free Press and other news outlets, I’m used to genre misery. Mare of Easttown is no exception. It’s set in a grimy middle-American Pennsylvania town where everyone knows everyone else’s business. The first two episodes have dealt up a suicide, a missing girl, alcoholism, lousy parenting, teens gone wild, bad marriages,  catfishing, stalking, two assaults, an angry mob–and of course murder.

That’s pretty heavy, but to be expected. It’s a show about crime, after all. What I don’t expect with a crime series is clichés swarming like bees.

Mare herself is way overdone.  She’s a stereotypical rude, super-tough detective given to wearing a parka and flannel shirts as if daring someone to offer her a makeover.  She of course eats cheese steaks in case you didn’t realize she’s in Eastern Pennsylvania, and she chugs beer out of the bottle. She also stomps around town with a sour expression like a basilisk who’s lost the power to kill people with a glance.

The murder case she’s handling has so many local complications it feels like the family tree of the Hapsburgs. People don’t trust her to solve it alone, and she’s predictably pissed off when some wide-eyed detective is brought in from out of town to assist her. She won’t even shake his hand. Isn’t that original? The ice starts to melt when he brings her coffee and she accepts it. Wow. That’s as lovely as a fairy tale and just as stale.

But things look a bit sunnier for Mare when a shabby-chic Pulitzer Prize-winning author inexplicably moves from Vermont to the small local college nearby (what’s his story?). They meet at a bar and he of course confesses his pick-up line was practiced and cheesy–and yes, he actually calls her beautiful. That’s the best the writers could do. He’s played by Guy Pearce and seems too smooth for his own good. Or hers. They hook up of course–what else?

By the way: he never wrote another book. Cliché Alert!

Failed/Successful Writer invites Mare to a college shindig in his honor. Damn, I thought, here come more clichés. And yes, they tumble out like rabbits from a frowzy magician’s hat.

Mare is going to have trouble figuring out what to wear. Check. She’s going to open up a chaotic makeup drawer and some of that mess she scrabbles through will likely be gross. Check. She’ll show up at the event looking really pretty but still be ignored—by every single person there. Because of course nobody present has ever interacted with her in a town where everyone knows everyone else. Check.

There’s more and this one’s the topper.  She’ll be offered a canapé and she’ll try it, scowl, spit it out in her napkin, wrap it up and gauchely hide it someplace–like under a cushion or tuck into the couch. Check to all of that. Oh, yes, she and Pearce will argue because she’s been ignored. Check again.

This whole sequence is apparently the Human Interest Break from the crime and grime, unless of course it turns out that Mr. Adorable is a psycho killer. Then it’s Human Interest Red Herring. Tune in if you can stay interested or want to hate watch.  I’ve only hit the cliché highlights.

Putting her through her paces the way they have, it’s as if the writers of the series consulted Crime Writing for Dummies, Chapter Seven: Low-class Miserable Women Sleuths. Winslet deserved better, and so did viewers.

Lev Raphael is the prize-winning author of twenty-seven books including the just-published mystery Department of Death which Publishers Weekly called “immensely enjoyable” in a starred review. 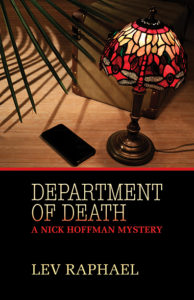 When I do readings from my mystery series, people ask, “Are universities as loony and vicious as all that?”

Yes.  Absolutely.  And how do I know? Because I didn’t just escape that world with lots of notes, I have friends who are still there, reporting fiction-worthy incidents on a regular basis.

One chair I heard of had a bizarre approach to resolving a conflict between two professors: He suggested that the two of them get drunk together at the annual Christmas party and all their problems would be resolved—they would be friends forever! That’s on the ludicrous side, to be charitable.

Another held academic cage matches. Adjuncts competing for the possible tenure-track positions that might, just might be opening up each year had to present their work-in-progress every week (!) and put it in the best possible light and hope they’d win the prize. The pressure was intense, the competition ugly and brutal. Then there’s a department chair I heard of who revealed personal psychological information about a professor during a department meeting while supposedly “worrying” about her mental state, totally violating that professor’s privacy.

There’s another who knew a faculty member was going to complain about his disregard for university regulations and not only tried to stop her from a formal complaint at a university committee, but sat behind her at the meeting along with one of his henchmen and muttered derisively when she read her statement, trying to intimidate her.

A religious studies chairman I was told about argued with a rabbi teaching as an adjunct in his department–a rabbi!–that Judaism was absolutely not a culture, but could only be spoken about and taught as a religion. The rabbi was fired for disagreeing.

When my office mate at Michigan State University reported that a graduate student in the department who was an ex- burst into her apartment, roughed up her current boyfriend and threatened her, the department chair did absolutely nothing.

And reports from another department I know of describe the current atmosphere as “Stalinist.” While there’s significant disapproval of actions the chair is taking to limit academic freedom and free speech, faculty members who disagree are afraid to speak up for fear of harassment and punishment. The faculty listserv is now off limits to discussion of anything remotely “controversial.”

My Nick Hoffman series is satirical, extrapolating from real situations and making them more ridiculous and threatening–but the emotional core is ultimately true.  The psychological toll this kind of rampant and widespread abuse of various kinds can take is also true.

There’s no evidence that George Bernard Shaw actually said “If you want to tell people the truth, you’d better make them laugh,” but whoever is the source, that quote has guided me through my series and will continue to do so.

Lev Raphael is the author of 27 books from mystery to memoir.  His latest book Department of Death just earned a starred review from Publishers Weekly.  It will be available only until the end of 2021. 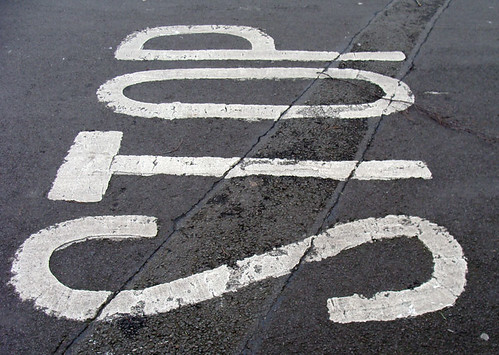 We’re thrilled that you can be teaching for us on such short notice. Speaking as chair of the creative writing program, we’re all so very proud to have you, especially since you’re an alumnus and live in-state. Here are some important guidelines we didn’t discuss in our texts and emails:

Please do not mention in class the tenured professor who you’re replacing and his unfortunate tirade about what he wrongly called “cancel culture” and “the Twitter mob” after he quoted James Baldwin and was justly excoriated. We all wish him a speedy recovery. He’ll be back next semester after his guided retreat of struggle and self-interrogation.

You have absolute and total freedom to assign any writing exercises and readings you choose in your introductory and advanced fiction courses, but they cannot include trigger or pre-trigger words of any kind whatsoever, and so I urge you to contact the Vetting Committee ASAP. You’ll find them very thorough.

We also expect you to submit your course materials and each syllabus to the Committee on Cultural Appropriation and Misappropriation and abide by their decisions as well as those of the Vetting Committee. Both committees work with dispatch and I must say a keen sense of honor and duty. You’ll feel inspired.

We picked you for your distinguished publishing record, but we urge you not to refer to yourself as a “working writer”–which you did more than once in our communications. This label could be seen as offensive, derogatory, and demeaning by other faculty who are proud that they’ve made their homes in academe. Mentioning your Pulitzer also validates hetero-normative and hierarchical notions of value.

In our discussions, you presented yourself as knowing “the publishing world inside and out” and said this was something special that you could offer students. I surely don’t need to point out that all of our creative writing faculty offer students something special. Your statement could be seen as arrogance, puffery, and blatant self-promotion.

You were an obvious and natural choice, having published more books in more genres than the entire creative writing faculty combined (please keep that to yourself). Making too much of these accomplishments might overwhelm your students and be interpreted as bullying or intimidation, while also disrespecting your colleagues (see above).

When students speak their truth, it is incumbent on you to not ask for explanations, clarifications, or in any way seem to challenge what they say. Your part is silent. Do not display any change of expression and definitely do not ask other students to comment. These actions will be reported and you could face dismissal.

Lastly, as a temporary professor, you will not be sitting in on any faculty meetings as your presence would most likely be anomalous and disruptive. We also won’t be giving you a plastic name sign for your office door since you’ll be here for just the one semester, but feel free to mention us in any interviews you do. We would appreciate the publicity.

Lev Raphael is the author of Department of Death and nine other mysteries set at the fictional State University of Michigan.