A friend publishing her first book just got a negative review on Amazon, but it’s the only really bad one among about two dozen positive reviews.  And lots of those were raves.

I told her it was a mistake to read bad reviews.  Ever.

Years ago, way before Amazon, when I heard Philip Roth give a talk, he was asked about his reviews during Q&A.  If you don’t know know his work and his history, he’s been attacked for all sorts of things–including anti-Semitism!–as far back as his short story collection Goodbye Columbus.

I remember being struck by his response.  He said that he had never really learned anything about his work from a reviewer.  I’m sure some people in the audience thought he was arrogant to say that, and Roth had the air of a dyspeptic hawk, so that might have added to the impression. 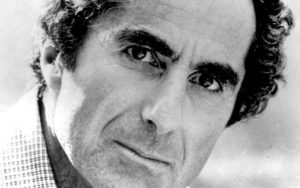 But my friend’s distress about her negative Amazon review made me reflect about my own review history.  It includes raves from The New York Times Book Review–as well as some really nasty attacks that I wish I’d never read.

Over several decades of hundreds of reviews in print and on line, by professionals and amateurs, I don’t recall learning much, either, about my work from what they wrote.  People have liked or disliked my books for various reasons in various ways.  I’ve been thrilled by raves, enjoyed the pats on the back, and been disappointed by pans: “Don’t they get what I was trying to do?”

But have reviews made me write differently, tackle different subjects, change anything major or even minor?

Not really.  The many fine editors I’ve worked with have been the ones who’ve had a lasting impact on me; they’ve challenged me and helped me deepen my work.

As for Amazon reviews–like those on Goodreads–they can often be mindless and cruel, sometimes little more than cyber farts.

Reviews can reflect different tastes or simply contrariness, as when people feel the need to trash great authors like Jane Austen or George Eliot.  A full 10% of the 644 people reviewing Middlemarch on Amazon gave it only one or two stars.  Obviously not fans of Victorian fiction or her brand of it, anyway.  Perhaps they might have liked it better with zombies. 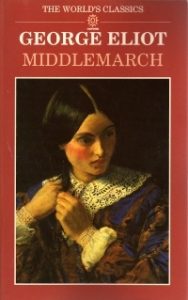 One of my favorite staycations was taking a week off from everything to re-read Middlemarch a few years ago and I was even more blown away than the first time I read it in college.  I’m in awe of that novel, the world it creates, the depth of her psychology, and the author’s all-encompassing love for every one of her characters, even the deeply flawed ones.

You can’t and won’t please everyone as an author.  But you can please yourself by avoiding the bad reviews.  They’re not likely to make a difference in your work because they seldom offer constructive criticism–but they can make you waste time.  You can obsess about them and even make the mistake of replying, something authors should avoid because it makes them look cranky and vulnerable.

To truly grow as a writer you need to find writing mentors or colleagues who can really help you, and you need to keep reading widely, deeply, passionately.  Bad reviews should never be on your list.

Lev Raphael is the author of The Vampyre of Gotham and 24 other books which you can find on Amazon.  You can follow him on Twitter at www.twitter.com/LevRaphael