As a writer and story-teller, I’ve been in love with Into the Woods for years. Ever time I see or hear it, I’m awed by Sondheim’s trademark wit, his long elegant vocal lines, his surprising rhymes, his dark humor, his complex music.  So I was worried that the Disney musical would be too cute, but I was wrong; it’s fairly true to the spirit of his work. Disney’s found ways through cinematography and specials effects to capture the heart and soul of an American masterpiece.

The movie is full of surprises. Emily Blunt and Meryl Streep have rich expressive voices and break your heart. Johnny Depp is appropriately creepy as the Wolf and Chris Pine isn’t just a wonderful singer, he’s even funnier and sexier than he was in Star Trek. He almost steals the show in the beautifully staged “Agony.”

There’s more: “On the Steps of the Palace” is absolutely brilliant and it’s not the only show-stopper in a movie which looks and sounds beautiful all the way through. 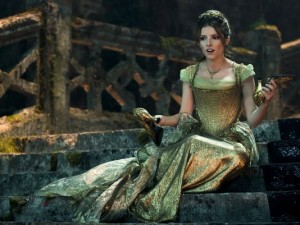 Well, almost. Perhaps to appeal to kids, Disney picked the young actor who played Gavroche in Les Misérables to play Jack. He’s a dud.  His diction and thick accent turn the soaring “Giants in the Sky” into mush.  There are other things you’ll miss if you know the musical. The “Mysterious Man”/Narrator isn’t here in person. Lyrics are trimmed throughout and the two Princes only sing together once.

More seriously, “No More” is cut, and it’s the pivotal song that makes the Baker turn and face his responsibilities. Perhaps most sadly, almost all of the ensembles are axed and so you lose most of Sondheim’s glorious harmonies. You also lose the amazing group finale on screen which is all about journeying into darkness towards self-discovery, a journey that never ends: “Into the woods, each time you go/There’s more to learn of what you know.”

But none of that should stop you from seeing Into the Woods, because it’s deeply moving and often powerful. And there’s always the DVD of the original Broadway production to fill in all the gaps. I mean, moments.

Lev Raphael’s 25th book Assault with a Deadly Lie is a novel of suspense about a journey into the dark woods of stalking, gun violence and police militarization. 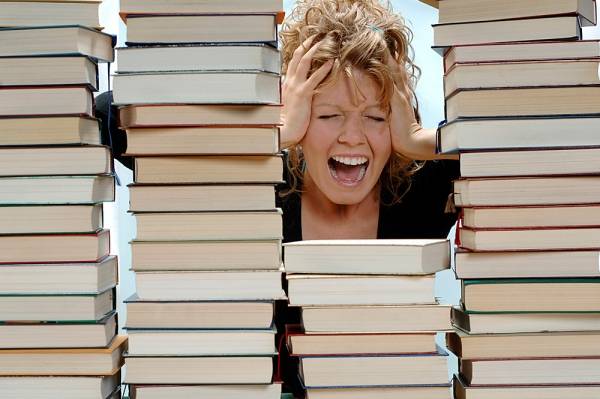 I recently saw a blog urging writers to plow through 100 books a year to make themselves better writers. 100 seems to be some kind of current yardstick, though I don’t know why.

I think that’s another sad example of how numbers-crazy we’ve become as writers. Reading widely is good advice for writers of all kinds.  But why should the amount of books you read in a year actually matter as opposed to what you read and what you learn from those books. Isn’t how they they inspire you what really counts?

Take a unique book like Rebecca West’s astonishing Black Lamb and Grey Falcon. It’s a record of the author’s travels through the Balkans before World War II. The book is part travelogue, part history, part cultural portrait, and reads throughout with the color and drama of a novel. It’s 1200 pages long and might take you weeks or more to read, but you can learn a lot from every aspect of it, including West’s gorgeous prose style.

I read it one summer while touring Italy and France and felt as if I I’d died and gone to literary heaven. I didn’t finish it on my month-long trip because I was also enjoying sightseeing (big surprise!) and because the book was so luscious it was like a ballotin of Neuhaus chocolates. Something to be savored, not devoured. I read many passages more than once, sometimes read them aloud just to enjoy their sound in the Tuscan or Parisian air. That summer, I read almost nothing else.

What if you wanted to spend a whole year just reading and re-reading all of F. Scott Fitzgerald’s books so as to immerse yourself in his style and vision? What would be wrong with that? Wouldn’t you learn an enormous amount as a writer?  Maybe more than if you just randomly picked 100 books?  I wager the blog author might call you lazy, though, because she recommends a blitzkrieg. Seriously. Reading as battle, bombing, conquest, and devastation. What kind of attitude is that?

Everything’s become a frantic contest now, which makes us all potential losers. A writing career is hard enough as it it, and we’re already under assault by the word count fanatics–as I recently blogged at The Huffington Post.

Raphael is the author of Assault With a Deadly Lie, a novel of suspense about stalking, gun violence, and militarized police–along 24 other books in many genres which you can find at Amazon.