I’m constantly finding blogs and even comments on blogs where people will use asterisks in this way: s**t or even sh*t.

You’ve seen it plenty of times, I’m sure–and it extends to other four-letter words, too. They’re partly printed, but letters are left out and replaced with one or more asterisks.

Is there anyone in the world who looks at those words and wonders what they mean? No. They read them for what the original speaker or writer actually meant.

So why cover up the reality? Who are we hiding from?

When you leave some letters out and fill them in with asterisks you’re not hiding anything. You’re just making your readers fill in the blanks and pronounce those words in their heads. Isn’t there something prudishly weird and hypocritical about that? Aren’t you in fact emphasizing those words, calling more attention to them, rather than the reverse?

Instead of using a few asterisks, why not eliminate the word entirely? Substitute asterisks or a blank line and make the reader guess what you wanted to write.

Which would create a carnival of profanity.

So that wouldn’t work either, would it? 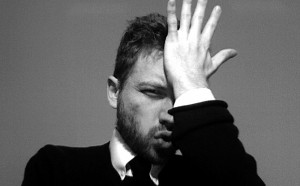 Lev Raphael is the author of the comic Nick Hoffman mystery series which you can find at Amazon along with his other books in genres from memoir to vampire fiction.