My six-year-old Westie loves watching television, even if there aren’t any dogs, horses, or other animals to bark at or observe. When we’re done with our dinner, he’ll sit close by and wait for his cue. When I say “We’re going to watch television,” he troops off to the living room, picks a chair, sits or lies down facing the large screen and waits for us to start the evening’s entertainment.

He’s a big fan of action scenes and chases, but more than that he enjoys dramatic close-ups when couples are arguing or just having an intense interaction.  I’ve watched his ears flick back and forth, his eyes widen as he surveys what’s happening.  Sometimes he rears back when he’s startled.

He was especially fond of Babe, which had lots to keep him focused, and sat through a whole hour of it, then wandered off, perhaps over-stimulated.  After the movie, though, he came back, stared at us and moved his lips just as the animals in the film seemed to do.  Maybe he was asking if there was a sequel. 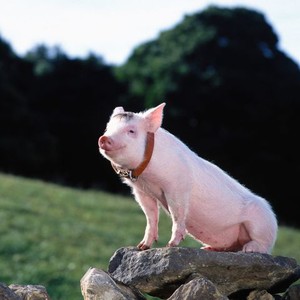 So given his responsiveness, I thought I’d have him watch some of Marie Kondo’s show, and while he’s not very good at folding, he did seem fascinated.  That’s when I thought it might be time to organize his toy basket because some of the stuffed animals looked pretty disreputable after a few years of chewing, tugging, and chomping.

He clearly rejected several of them by turning his head away.  Between us we managed to reduce his toys by 1/3 and the ones that stayed clearly give him joy-joy feelings as they say in Demolition Man.  He’ll play tug of war with them, throw them around as if subduing a rabbit or some other yard demon, and basically have a great time.

I wonder if he’ll be willing to consult with me when I de-clutter my library.