Characters in thrillers–especially the women–seem to live in a parallel universe. A universe where they’ve never read a thriller or seen one on TV or in a movie theater. Because otherwise they wouldn’t behave like idiots….

Of course, who cares about reality since you’re either ogling Lopez looking gorgeous in every scene or drooling over ripped Ryan Guzman, the sociopath who moves in next door.  He befriends her nebbishy son, displays his body for Lopez at night in a well-lit bedroom across the way, seduces her, and then stalks her in escalating scenes of nightmarish threat and violence. 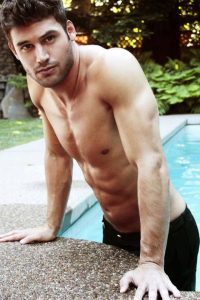 And in her final confrontation with the psycho hunk, when she gets a chance to take him down, she clunks him on the head just once. When he’s knocked out, she doesn’t finish the job or even kick him a few times to further incapacitate him, despite knowing how dangerous and twisted he is. He’s tied up her husband and son, threatened to kill them both, killed her best friend, and was going to turn the barn they’re all in into a giant funeral pyre. So of course she turns her back on him.

And of course that one blow doesn’t do the trick. He predictably rises up and attacks her again, like one of those monsters in a horror or sci-fi movie that just won’t die. More mayhem ensues…and Lopez shrieks enough to win a Yoko Ono Award.

You’d think that after Scream had eviscerated this kind of plotting years ago, writers would be embarrassed to have their characters behave like dummies, but Hollywood keeps churning out femjep films. Sadly, this one was co-produced by Lopez herself.

Lev Raphael is the author of 25 other books in many genres, including the novel of suspense Assault With a Deadly Lie.  He teaches creative writing workshops online at writewithoutborders.com.