When I reviewed for the Detroit Free Press I discovered that best-selling authors could publish badly written books and hardly anyone seemed to notice.   Sue Monk Kidd’s debut novel The Secret Life of Bees spent one hundred weeks on the New York Times best seller list, which might explain why the editing seems spotty in The Book of Longings.

It’s a serious book about female empowerment told in the voice of Ana, the fictional wife of Jesus, but the first paragraph is filled with grotesque laugh lines and incongruities.  Here’s how it starts:

I am Ana.  I was the wife of Jesus ben Joseph of Nazareth.  I called him Beloved and he, laughing, called me Little Thunder.

“Little Thunder” sounds like some hokey name from a Grade B Hollywood Western in the 1950s, the kind where white people in dark makeup played Native Americans.  It sets the completely wrong tone.

Ana goes on: He said he heard rumblings inside me while I slept, a sound like thunder from far over the Nahal Zippori valley or even farther beyond the Jordan.

It’s hard not to think of someone with serious stomach trouble after a line like that.

I don’t doubt he heard something. All my life, longings lived inside me, rising up like nocturnes to wail and sing through the night.

If you’re writing a book set in the early years of the first century CE, it’s not a great idea to use a term that for many people might evoke music of the nineteenth century and Chopin.   Piano nocturnes are melodic–they don’t “wail.”

Perhaps Ana is referring to prayer nocturnes (also spelled “nocturns”), but there was no Christian church in the years 16-17 when Ana is speaking, so prayers like that didn’t exist.  They evolved much later, however you spell the word.  So much for the “meticulous” research the publisher says the author did.

The comic factor increases at the end of the paragraph with these lines: That my husband bent his heart to mine on our thin straw mat and listened was the kindness I most loved in him.  What he heard was my life begging to be born.

Why is Jesus bending his heart and not his head to listen to his wife?  And if Ana’s heart is making all that noise, she sounds seriously ill and needs to find a healer–though she could just as well ask Jesus for help.  It was part of his skill set, after all.

I read a bit further out of morbid curiosity and met her aunt Yaltha, a character apparently inspired by Yalta, the wife of a rabbi who lived several hundred years later.  The aunt is first called “educated,” but Kidd immediately contradicts that with a ridiculous image: “Her mind was an immense feral country that spilled its borders.”

Feral and educated are opposites, and how does a country spill its own borders?  Was it a seismic event?  A volcano turning rock into lava?  Or was the aunt’s mind filled with feral pigs and that’s what was spilling across the border line?  Could the image be a super-subtle reference to the miracle of the Gadarene swine that appears in the three Synoptic Gospels?

Probably not, and I was laughing too hard to read much further (though I also found significant errors in her portrayal of Jewish life in that period).  Bad writing and bad research in the opening of a novel are not good omens.  What else did the editor (and copy editor) miss?

Lev Raphael has reviewed for the Detroit Free Press, the Washington Post and other publications.  He had his own book show where he interviewed Salman Rushdie, Doris Kearns Goodwin, Erica Jong and may other authors.  Raphael is also the prize-winning author of twenty-seven books in many genres. The Library at Michigan State University collects his literary papers.

…it has no lifelikeness, no thrill, no stir, no seeming of reality; its characters are confusedly drawn, and by their acts and words they prove that they are not the sort of people the author claims that they are; its humor is pathetic; its pathos is funny; its conversations are — oh! indescribable; its love-scenes odious; its English a crime against the language.

Fifty Shades of Grey came right to mind. The book is a marvel–but not the way I imagine the author intended. It reads like a first draft teenage fever dream. It would make a superb primer for creative writing students in how not to create character, how not to set scenes, how not to do sex writing, and how not to write prose. Yes, it’s a best seller. So what? Brilliant marketing and karma did that, not quality.

Like The Deerslayer, it’s often very funny, unintentionally so. Here are fifteen terrific examples, though going to fifty wouldn’t be difficult.

1–My subconscious has found her Nikes, and she’s on the starting blocks.

2–His lips quirk up. 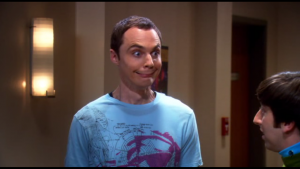 3–A frisson of trepidation mixed with tantalizing exhilaration sweeps through my body, making me wetter.

4–Each one is kissed and nipped gently and my nipples tenderly sucked. Holy crap. [the author’s italicized words, not mine]

5–My inner goddess glares at me, tapping her small foot impatiently.

7–I can feel myself quicken.

8–I slice another piece of venison, holding it against my mouth.

9–And I come, my orgasm ripping through me, a turbulent, passionate apogee that devours me whole. 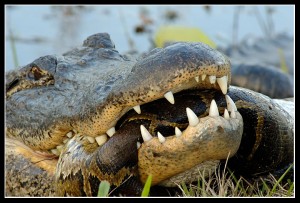 10–I rub my wrists reflectively–two strips of plastic will do that to a girl.

11–I know that lurking, not very far under my rather numb exterior, is a well of tears. 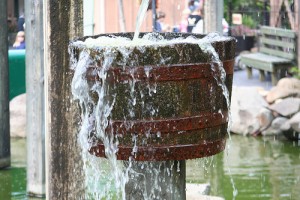 12–He kisses me passionately, forcing my lips apart with his tongue, taking no prisoners. 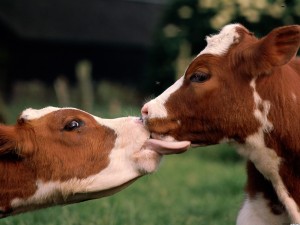 13–My subconscious is staring at me in awe. 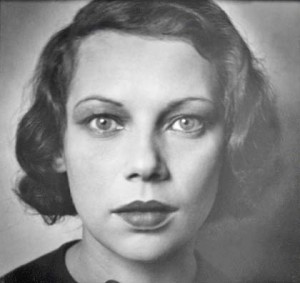 14–He lays still, letting me acclimatize to the intrusive, overwhelming feeling of him inside of me.

15–I glower inwardly, walking away.

I have to sign off now because my subconscious just found its missing car keys.  But what are your favorite howlers from Fifty Shades of Grey?

Lev Raphael is the author of the comic Nick Hoffman mystery series and many other books which you can find at Amazon.