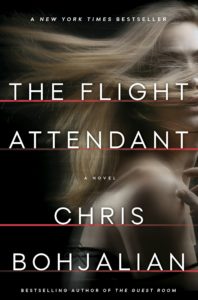 Call it the Buzz Feed Effect.  Lists are everywhere on the Web: best books of September, worst movies of the summer, you name it.  Then there are lists that rank the Star Wars movies from best to worst, or the other way around, not that it matters.

But all this does keep newspaper columnists like Kathleen Parker at the Washington Post busy when they’ve run out of ideas.

She recently did a hot mess column about words she thinks are over-used and need to be retired, written in response to reports that the CDC is asking staff not to use terms like “science-based” in budget requests so as to avoid pissing off Republicans.

Words come in and out of fashion. Parker doesn’t like “optics,” but is there a better way to explain the Washington obsession with how things look while ignoring what they mean? Its use may fade, or not. Likewise with “drill down” and “re-purpose.” Nobody can predict their future.

Read books written ten, twenty, thirty years ago—or a hundred. The English language evolves whether we like it or not. Some words die out because they’re just momentarily hip, some stick with us because they’re useful. Dictionary writer Samuel Johnson hated the word “mob” but he was wrong. It filled a linguistic, cultural need.

Parker crosses a line from personal dislikes to factual incorrectness. She claims that you can’t use “decimate” when you mean “devastate.”

We’re a very long way from the Roman Empire where decimate specifically meant to kill one out of every ten. And it meant that in Latin, of course. Like other Latin words (actor, century, missile) it’s changed its meaning over the centuries. People need to catch up and chill out.

Who uses the word “decimate” that way now in English, or moans about its supposed misuse except for word snobs? It’s a perfectly good synonym for devastate, destroy, annihilate, crush, etc.

If you want to complain about something important, something that affects the nation in major ways, how about exposing the steep learning curve when you buy an Instant Pot?

Lev Raphael is the author of twenty-five books in genres from memoir to mystery which you can find on Amazon.  He teaches creative writing online at writewithoutborders.com.

But it’s also been burdened by quizzes like “Answer these questions and we’ll tell you what kind of snake you are.” And worst of all, the language advice blogs. I’m not sure why those are so popular, but they crop up all the time, get endlessly re-posted, and they’re often filled with dubious assertions.

Not so long ago, I read one written by a best-selling inspirational author whose apparent audience is people in the business world. His aim in that column is to keep “smart” people from sounding “silly,” but his advice is mediocre and error-prone. Seriously, why should you trust someone who thinks that correct word choice is “English grammar”? It’s not. It’s a question of diction.

That writer further diminishes his credibility because he seems to think that words like “affect” and “nauseated” are sophisticated.

He also doesn’t understand that the strict distinction between “nauseous” and nauseated” broke down years ago. It’s perfectly acceptable to say that you feel nauseous when you mean “sick to my stomach.” Pedants might not approve, but that’s too bad.

He trots out the tired dictum that “ironic” can’t mean weirdly or cruelly unexpected. Of course it can, and yes, breaking your leg right before a ski trip is deeply ironic, not just coincidental. It’s a reversal of expectations—one of the prime meanings of ironic—because you expected to be skiing and now you won’t be able to. Despite all the planning, the lessons, the money you’ve spent on equipment, etc.

Now, some language bullies might despise that usage or misunderstand it—look how people have dissed Alanis Morissette’s “Ironic” over the years—but there’s nothing wrong with it.

His ultimate advice is to learn “rules.” Seriously? That’s okay when it comes to distinguishing between “lay” and “lie,” but it’s not nearly enough. As an author and teacher of writing, I think rules are a good foundation. But being familiar with the language as it’s written—and in different registers—is more important.

It’s disappointing that an author who wants people to sound more literate wouldn’t recommend that his fans become more literate: that is, actually read more so they have a better understanding of how English works.

But even people you’d expect to be language mavens, like lexicographer Kory Stamper, can write nonsense. In a blog supposedly dredging up “delightful” neglected words that need to be polished and enjoyed because they’re supposedly out of sight, with a word like “Schadenfreude” presented as a prime example.

Google it and you’ll find three and a half million hits.

Lev Raphael is the author of 25 books in genres from memoir to mystery, including Writer’s Block is Bunk.