The Internet is a breeding ground for hatred: look at what’s been happening to Leslie Jones.

But bloggers don’t usually deal with anything that severe.  What they do face is the lackwits. These people can be, but mostly they’re just critical and convinced of their wisdom when what they write to you proves the opposite. They hit the keys whenever a blogger dares to criticize anything or anyone they admire–and they have standard, boring lines of attack.

Say, for instance, that you’re not crazy about Rihanna or you do like her music but don’t think she was ready for a Video Vanguard Award.  You  don’t think her vids are classics and you don’t think she’s in a class with Madonna, Kanye, Brittany, and Beyoncé.  Expect to get accused of being jealous of RiRi’s success. 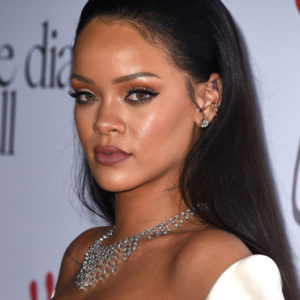 Now, unless you’re a pop singer, a charge like that doesn’t really make any sense.  But even if you were a singer, why would any kind of critique necessarily mean you’re jealous?  Can’t you have valid reasons for not admiring her body of work or thinking that maybe it’s too soon for her–at 28–to get the award?  Does that automatically make you a hater?

Lackwits have emailed me when I’ve blogged something remotely negative about a book, movie, or TV show, targeting me because I’m an author.

Back at the beginning of the latest season of Game of Thrones, I blogged that I thought Jon Snow’s resurrection was dull compared to other, more dramatic moments in other episodes. The inevitable response showed up: I was jealous of George R.R. Martin.  Oh, and guess what?  They had never heard of me.

And I just blogged about Michael Connelly’s New York Times review of Caleb Carr’s Surrender, New York, saying that the novel sounded unappealing as Connelly described it.  Of course someone felt she had to charge me with “sour grapes.”  Seriously?  I don’t write like either one of them, never have, never will, never wanted to, and never expected their kind of career.  .

Here’s the thing: Most authors aren’t on best seller lists and aren’t widely known. That’s the case even for writers like me who make a good living from their royalties, get sent on book tours at home and abroad, are paid very well for speaking engagements, win awards, and have successful careers.

Why’s that?  Because the average reader in America only reads or listens to one book a month and there are 80,000 published every year.  When people say that they’ve never heard of an author or charge an author with sour grapes because that person doesn’t like a book, all they do is waste an email and make themselves sound like a doofus.  Of course, they supply bloggers with material, and novelists, too….