The 19th century American Quaker abolitionist poet John Greenleaf Whittier is best remembered for his refrain that the saddest words are “It might have been.” But  writers of alternative history fiction would disagree.  What could be more exciting than hijacking a major world event and upending what really happened?

SS-GB, Fatherland, Dominion, The Man in the High Castle are just some of the fascinating novels imagining a victorious Germany in World War II. Tony Schumacher’s debut thriller The Darkest Hour gives the story an exciting twist by making its hero an actual war hero.  John Henry Rossett, a former policeman, is known as “The British Lion” for his heroism against the Nazis, but a cop once again, now he’s been ordered into the German unit rounding up Jews for transportation to Poland. 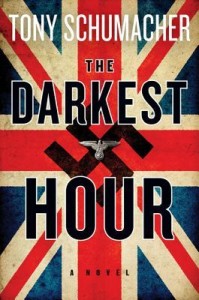 He follows orders.  He knows what he’s doing is wrong and doesn’t want to know where the Jews are really going.  Like most other people in London and England, he wonders if the “stories” are rumors.

But he doesn’t really care.  Yet.  He’s a shattered man.  His wife and son were killed by a Resistance bomb, and though he’s ruthless in his work, he’s dead inside until something unexpected happens during what should be a routine roundup. 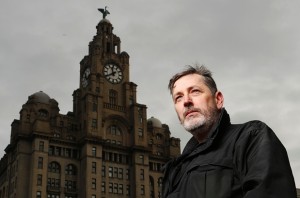 (the author of The Darkest Hour)

Schumacher does a splendid job of showing how Rossett is unexpectedly brought back to life.  The author creates a London sunk in misery, despair, dankness, corruption, and fog while maintaining an almost breakneck speed through the course of the book. I really wanted to put everything else aside and just read, read, read.  The intense action scenes can sometimes be too choreographed, but they’re exciting and believable; Rossett’s stubbornness, strength, and fury always make sense. 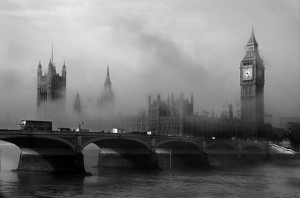 Churchill and the King are in Canada in case you wondered, and there’s a “new King” we never see.  There’s also a resistance movement and the IRA is somewhere in the shadows, too.  America has left the war after FDR’s death, but we don’t get much more detail about the rest of the world or even Britain. And Schumacher’s German characters often seem more English than German at times–but those are minor flaws.

The Darkest Hour is wildly compelling and filled with surprises as well as a fascinating stream of slimy characters at all levels of society. The few decent people are candles in the wind.

How good is this book?  When I finished it, I picked up the sequel right away: The British Lion.  You probably will, too.

Lev Raphael is the author of The German Money and 24 other books in many genres.