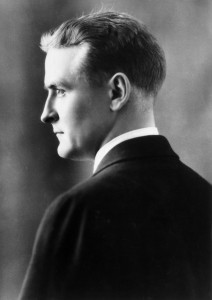 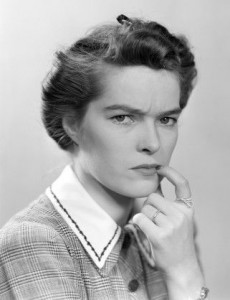 Unpublished authors imagine that once they are published, life will be glorious. That’s because they haven’t thought much about bad reviews. Every author gets them, and sometimes they’re agonizing.

As a published, working author, you learn to live with the reality of bad reviews in different ways. You can stop reading them. You can have someone you trust vet them for you and warn you so that nasty splinters of prose don’t lodge in your brain. You can leave town or stay off the grid when your book comes out.

Hell, you can be perverse and break open a bottle of champagne to celebrate a dreadful review. Why not? Or if you’re a mystery author, you can have fun with a bad review and kill the reviewer. Of course, you don’t have to go all the way to murder. Fictional defamation, degradation, and despoliation can be satisfying, too.  But getting captured by a review is not healthy.

I remember a Salon piece of close to 3,000 words (seriously!) by a novelist who complained that Janet Maslin killed his novel in the New York Times. Killed? No critic has that power. But Maslin did trash his book. It happens. She also made a gross mistake about his book in her review. That happens, too. One reviewer claimed that my second novel focused on a theme that it didn’t remotely touch, which meant she was probably confusing it with another book of mine.  Reviewers get sloppy all the time.  Sleepy too, I bet….

The Salon piece was disturbing and at times painful — but not just because of Maslin’s error. It opened with the author describing how he moaned on his couch, face down, while his wife read and paraphrased the bad review, and her having to admit that Maslin dissed the book as “soggy.”

The author teaches creative writing and had published three previous books, so you’d think he would try to set a better example for his students. Instead, while he admitted he was lucky to have been in the Times at all, he focused on his misery and even shared that he’d previously thought of Maslin as a ghost friend because she gave his first book a great review. That was super creepy.

I’ve published twenty-five books and I read as few of my reviews as possible. Why? Because I’ve learned more about my work from other authors through their books, conversations, or lectures than I have from reviews. I don’t look to reviews for education, validation or approbation. I hope they’ll help with publicity, but I’ve seen people get raves in the New York Times without any impact on sales.

More importantly, we authors shouldn’t let our self-esteem be held hostage by the Janet Maslins of journalism, and we should try not to over-estimate their importance or expect them to stroke our egos. Bad reviews? Ignore them along with the good ones, and keep writing.

How do you deal with bad reviews?  Have you ever felt trapped like the writer who wrote the Salon piece?

Lev Raphael is the author of the mystery Hot Rocks and 24 other books in genres from memoir to biography. 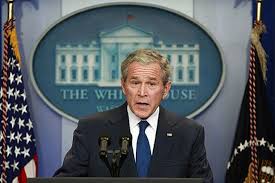 All over the country, newspaper reviewers are wasting space reviewing George Bush’s biography about his father. Whether they pan it or praise it, they’ll say over and over, as Michiko Kakutani recently did in The New York Times, things like “he writes–” or “he says–”

I reviewed for the The Detroit Free Press, The Washington Post, The Jerusalem Report and other print outlets for well over a decade, but I avoided celebrity-authored bios or memoirs for a simple reason. They were almost never written by the “authors,” but compiled from tape recorded interviews, ramblings, or notes and written by a professional ghost writer. I learned this early on in my own publishing career when one writer friend told me she had been asked to do a best selling author’s memoir, and another told me what he was ghosting.

In my view, when reviewers pretend that’s not happening, they makes themselves complicit in the fiction that these celebrities have actually written the book that flaunts their name, a book they’ve gotten huge advances for.

Bush wrote a book about his father? Have people forgotten what a juvenile attitude this man has about books?

Back when he was President, he and his senior advisor Karl Rove acted liked they were in elementary school, competing with each other to see who could read more books per year. Bush won, of course, supposedly reading ninety-five books yearly for three years straight, which is close to what I used to read as a professional reviewer. And of course his consigliere swore that Bush “loves books, learns from them, and is intellectually engaged by them.”

Truly engaged readers can’t stop talking about books they enjoy, and sometimes even books they dislike. But given his love of books, it’s strange that nobody ever reported Bush discussing a book with them, anywhere. At meetings of world leaders, the President was widely known to chat only about his colleagues’ flights and if they were able to sleep on the plane. He never brought up books that he supposedly had read (like Team of Rivals) when that would have been a perfect opportunity, especially if his favorite topics were supposedly history and biography.

But the saddest part of the book race Bush ran with his crony was that reading sounded like a real burden, otherwise why compete in the first place, and in such a bizarre way? Rove reported that “We kept track not just of books read, but also the number of pages and later the combined size of each book’s pages–its ‘Total Lateral Area.’ ” So the number and size of pages apparently meant as much to Rove and Bush as what was on them. Maybe more?

41: A Portrait of My Father is only 304 pages with the Acknowledgments and Index starting on p. 277, and physically it’s on the smaller side for a political hardcover: 5.8 x 1.1 x 8.5 inches. By their own strange standard, this new book doesn’t score very high, does it?

BTW, Michiko Kakutani is one of my least favorite reviewers, and this bit of praise in her review has to be one of the smarmiest things she’s written in a long time:

“As for Mr. Bush’s descriptions of the West Texas world that greeted him and his parents in the 1950s, they are evocative in a way that attests to his painterly eye. “We lived briefly at a hotel and then moved into a new 847-square-foot house on the outskirts of town,” he recalls. “The neighborhood was called Easter Egg Row, because the developers had chosen vibrant paint colors to help residents tell the houses apart. Our Easter egg at 405 East Maple was bright blue.”

Really? That’s what one of the country’s most influential book reviewers considers evocative writing? You have to have a painterly eye to notice the colors of the houses around you? How is Bush being “evocative” if the image was handed to him by the neighborhood’s actual name? He’s just reporting what was there.

A passage like that makes you wonder. Is the reviewer angling for an invitation to a Bush party? Desperate to say something positive? Or just running out of steam? Maybe a bit of all three….

Lev Raphael’s 25th book Assault With a Deadly Lie is a novel of suspense about stalking, gun violence and the militarization of our police forces.