My father grew up in the easternmost part of Czechoslovakia which had different names over the course of his youth: Subcarpathian Ruthenia, Carpathian Ruthenia, and the Carpatho-Ukraine. But it didn’t belong there anymore. It had been absorbed by the Ukraine and was now part of the USSR.  His country of birth doesn’t exist anymore, either: it’s now two nations, the Czech Republic and Slovakia.

The city my mother grew up in northeastern Poland was Wilno, but as Vilnius, it was the capital of the Lithuanian Soviet Socialist Republic. In her years there as a child and a young woman before the Holocaust, it was variously part of Russia, Poland, and Lithuania, but for the majority of those interwar years a Polish city. It was also twice invaded and ruled by the Germans in her lifetime. 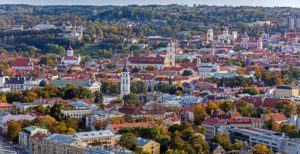 Both my parents spoke a bewildering array of languages and lived in “borderlands,” as Pulitzer-winning author Anne Applebaum calls them in her dazzling travelogue Between East and West.

Blessed with fluency in Polish and Russian, the author records amazing interviews and fascinating, lost history as she travels from the Baltic to the Black Sea, visiting almost two dozen cities like Odessa and Minsk whose names are well known in the West. But she mainly stops at smaller cities and towns that have been swept up in endless wars, invasions, and border changes. En route, she also traverses some areas of Eastern Europe likely unknown to most Americas, each with its own dramatic, many-layered history: Ruthenia, Bukovyna, Moldova.

Some cities have been crushed by neglect, Sovietization, bombing—or all three. Others seem like lost jewels. Everywhere she goes, people from peasants to professors open up to her to reveal contradictory identifications. Russian speakers across these lands, for example, might think of themselves as Ruthenian, Polish, or Ukrainian. The locales she travels through have known immense suffering and chaos, and many of her interviewees come across as shipwrecked. Best of all, her grasp of complicated history in every location is faultless. She’s as observant, canny, and in command of just the right quote or anecdote as Rebecca West was in her masterpiece about the Balkans, Black Lamb and Grey Falcon.

“And that, he said, was the most Ukrainian thing of all: to read the history of your country as if you were reading it through an outsider’s eyes. It is the fate of borderland nations always to know yourself through the stories of others, to realize yourself only with the help of others.”

Between East and West is one of the most compelling and thought-provoking travelogues I’ve read in years—and vitally important cultural/historical background now that places like Crimea and Ukraine keep blasting into the news. 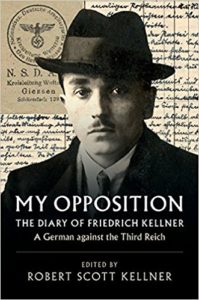