People often ask me at readings, “Where do you get your ideas?”  In another context, the writer Lawrence Kushner once wrote, “Entrances are everywhere and all the time.”  That’s how I feel about my books: a door can unexpectedly open whether I was looking for one or not.  I walk across the threshold and discover a new world.

After I returned in 2011 from another book tour in Germany, the chair of the English Department at Michigan State University asked if I’d consider teaching for them.  I was delighted because I come from a family of teachers and had taught at various schools for over a decade before he contacted me, including two years at MSU after I earned my PhD.  He was delighted to have me join the faculty because in his words, I had published more books than any single professor and more than the entire creative writing faculty put together.

Flash forward a few years.  One afternoon, my office mate looks shaken and she tells me a terrifying story of an ex-boyfriend breaking into her apartment and roughing up her current boyfriend.  The police get involved, there’s a restraining order, but she eventually comes to feel that the department and the university fail her.  Soon after, one of my students tells me about being stalked and I quickly realize she’s talking about the same man.  She ends up leaving MSU before she can finish her degree because she’s so traumatized by how dilatory and even hostile MSU officials seem to be in dealing with her case.

Real people, places, events have never gone directly into my fiction: they’re transformed in myriad ways.  The two women I knew were widely covered in the media and their stories raised questions about administrative arrogance, malfeasance, and lack of humanity.  Traits that administrators at universities across the country demonstrate all too often.  I hear these stories from friends who are teaching, and have heard them whenever I speak at a college or university.  Sooner or later somebody tells me about high-handed, grossly overpaid administrators.  It’s a national scandal.

In State University of Murder, professor Nick Hoffman has survived a mass shooting to find himself in a renamed department which has been moved to a different building in an attempt to tamp down the bad publicity generated by the shooting.  The brand-new new chairman, an import from France, is the height of grandiosity, not surprisingly with a first name like Napoléon.  Is he mercurial and contemptuous?  Does he alienate nearly everyone he comes into contact with? Does he evoke murderous rage?  Absolutely.

As the mystery builds, I pay quiet tribute along the way to the former assistant professor and the student who shared their stories with me.

Lev Raphael is the author of 26 books in genres from memoir to mystery including the just released State University of Murder.  His next online creative writing workshop at writewithoutborders is Finding Your Memoir and runs for the month of August.

It’s because all of us writers are haunted.

Not just by reviews that sting or that never even happened. Not by interviews that went sideways. Not just by book tours that flopped or by books whose sales figures were disappointing.

No, many of the specters hovering around our desks, laptops, and tablets are the books we started and gave up on. They’re in our dreams, and their presence lingers no matter what we complete and publish.

We have unfinished chapters, abandoned proposals, piles of research we’ve boxed, notes we scribbled and filed and can barely decipher any more. Even shelves’ worth of reference books we’re gathered together, read or skimmed or never got to. There are also characters we fell in love with but we couldn’t get around to giving them life. 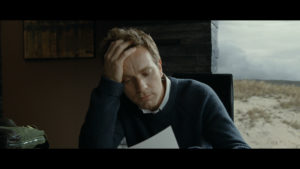 And then there the ghosts that are more insidious. These are the ghosts inside the books we’ve written: the plot twists we changed and regretted after the book came out, the scenes we axed for one reason or another, the narrative threads we cut for expediency or coherence but later wished we hadn’t. And sometimes a book is haunted by what you wanted it to be, and what you couldn’t accomplish for any number of reasons: a deadline, mischance, falling ill, or just not being ready.

One of my ghosts resides in a file cabinet drawer crammed with material for a novel that never grew past a first chapter I’m crazy about. But every time I’ve gone back to it, I’ve thought the research involved would take too long, plus I’ve doubted the book’s marketability. It’s a novel about a murdered American artist and I’ve got all sorts of juicy research about him and his family, including a rare book of poetry published by the killer.

For all the time I spent living and dreaming that book, it’s stuck in the land of What Might Have Been. The further away I get from it, the less inviting the whole project becomes.  And I’m not alone: I know we’re all ghost writers of one kind or another.