Romance writer Rachel Van Dyken just did a helpful blog about how to handle your bad reviews. No matter who you are, you’ll get them.

That’s why a graduate creative writing program can actually be good preparation for your public life as an author where you’ll face reviewers who not only dismiss your work, but might even hate it.  The criticism you get in a writing program can toughen you up and get you ready.

It worked for me–even though it might have been devastating.

My first really fine short story was totally trashed by my MFA workshop. It drew on deeply personal material for me: this was the first story where I explored the emotional realities of being a son of Holocaust survivors.  I thought I’d made a breakthrough in terms of subject and style.

The workshop participants disagreed, with gusto.  One by one, they demolished the story, pulverized it, and blew the dust into the wind.  They didn’t like the prose, the characters, the structure, anything. There wasn’t much left by the time the professor pronounced his verdict. He dismissed it as just “something you could write in your sleep.”

I was shocked, but I didn’t believe they were right.  The critiques didn’t stop me from entering it in the program’s writing contest which was judged by the editor of the Best American Short Stories series.  She was the famous co-founder of Story magazine and had championed the work of Tennessee Williams, Richard Wright, and J.D. Salinger.

Three weeks later, she awarded it first prize, and when I told her what had gone on in my workshop, she growled, “Don’t change a goddamned word.”  A week later in the workshop, the professor said, “It’s still crap, but now it’s crap with a prize.”

That story was published a year later in Redbook, a magazine with a circulation of 4.5 million readers, and it launched my career.  I got queries from agents and fan mail.  So when bad reviews eventually came my way in newspapers or magazines, I remembered that workshop, the prize, and just kept writing.  Because I learned early on that as a writer, you can’t please everyone–and you won’t.

Lev Raphael is the author of 25 books in genres from memoir to mystery.  He teaches at Michigan State University and you can study creative writing with him online at writewithoutborders.com. 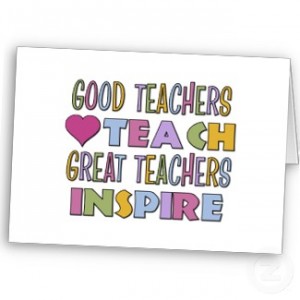 When I published my first short story in Redbook after winning a prize, I thought my career was set.  I was my MFA program’s star; I’d made a lot of money (for a graduate student) from the prize and the magazine; I was getting fan mail and queries from agents.  But even though I’d spent over two years in the program, nobody told me what my career could be like.  When I got my degree I had no idea what the writing life was like and learned five key things the hard way.

1-You need to accept from the start that you have very little control.  You can polish your work as much as you can, read widely and educate yourself as an author; attend seminars; find a terrific mentor; network like crazy; get a top agent and even land a book contract with a great publisher–but what happens to your book once it’s born may seem completely random at times.  Other books just like it will swamp yours.  Books that are far worse will get great reviews or better sales.  Your book may simply be ignored by reviewers of all kinds for reasons you will never know.  So you have to focus on what you can control: being the best writer you can be; enjoying what you do while you do it, plan it, revise it, and research it.  And then, try to let go and move on to another project.

2-Writing is a business.  It always was and always will be.  Expect pressure from all sides on you to sell, sell, sell. When I started out, bookmarks and other petty swag were in.  Then I was urged not just to attend conferences but to advertize in conference programs.  Later came building my web site, book trailers, establishing a Facebook and Goodreads presence, blogging, tweeting, blog tours.  There’s always something new which is the magic answer to making you successful.  But the competition gets fiercer all the time and you can find that promotion is a rat hole.  It’s important to establish parameters for yourself since you can’t do everything and be everywhere.  Never let promotion become more important than writing itself, and just because something works for someone else is no guarantee it’ll work for you.

3-The writing life will be lonelier than you can imagine despite all the writers you might meet and hang out with, and they’re not always the easiest people to be around.  Let’s face it, are you?  Ask your significant other.  As paradoxical as it might seem, don’t let writing take over your life.  If you haven’t already, start building a life for yourself that has other compelling interests.  Travel.  Learn to play an instrument.  Study a foreign language.  Garden.  Train for a Triathalon.  Get a dog.  It doesn’t matter what you do as long as writing isn’t the be-all and end-all of your existence, because otherwise those days (or weeks or months or even years) when things go south you’ll feel empy.  And make sure you have plenty of friends who aren’t writers so that you’re not constantly talking shop.  Normal people can be interesting, too.

4-Exercise is crucial for people like us who spend so much time sitting hunched over a laptop.  It’s important to break away on a regular basis and walk, swim, jog, lift weights, do Zumba, take Pilates, spin, do yoga, anything that gets you out of your head and into your body.  There’s nothing like physical activity to give your mind a rest–it’s almost as good as napping!–and surprisingly, you’ll often find that when you might feel stuck, instead of obsessing about it or heading for the fridge, the best thing to do is get out and get physical.  Let your subconscious take care of the writing problem and solve it for you while you’re taking care of your body.  You’ll also be breaking the isolation of the writer’s life and may even get some good story ideas along the way.

5-Be prepared for surprises in your career because they will come.  Good surprises.  Your career will take you places you would never imagine because your imagination is boundless if you have the courage to let it be.  I started out as a short story writer and novelist but one day suddenly had an idea for a psychological study of Edith Wharton, one of my favorite writers. After that came a mystery series which got me my first New York Times Book Review review. And over the years I’ve published in wildly different genres, books I never would have guessed I’d write, including a vampire novella, a memoir about what Germany has meant to me as the son of Holocaust survivors, a historical novel set in The Gilded Age, a children’s book and many more.  Don’t rule anything out, and don’t be a genre snob. One of my favorite authors, Henry James, gave this advice to a young writer: “Try to be one of those on whom nothing is lost.”  It may sound a bit formal in 2015, but it’s advice that I’ve never forgotten.

Lev Raphael is the author of Writer’s Block is Bunk and 25 other books in genres from memoir to mystery which you can find at Amazon and Barnes & Noble.