I do a lot of speaking at colleges and universities around the country, and faculty tell me many behind-the-scenes stories. Properly disguised, these stories make great material for my Nick Hoffman academic mystery series: tales of petty infighting, squabbling committees, ridiculous vendettas — all the simmering snarkiness that Borges called “bald men arguing over a comb.”

But I also hear stories from students that aren’t as amusing, stories about what it’s like for them to be in a classroom with a professor who sees teaching very differently than I do. Some teachers aren’t at all bothered by shaming students in front of the rest of the class, as if they’re coaches whipping an under-performing player into shape.  I heard from a former student today about how her new creative writing teacher tears down everything she writes and it’s profoundly undermining her confidence. 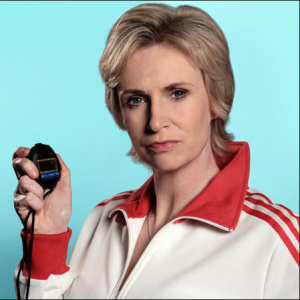 Creative writing is one of my passions, and I’ve heard of other professors in these classes who stop students while they’re reading aloud and say, “That stinks!” or worse. I’ve never done that. I do stop students to ask them to slow down or read more distinctly, or to offer something positive if I was blown away and couldn’t wait till they’re finished. And sometimes I just start laughing if the piece is well-done humor. As for dissing a student’s work, who does that help?

I’ve heard of some professors who can be so intimidating that they make students shake with fear when they challenge what the students have to say. I’ve also heard of professors in creative writing classes who don’t let everyone read their work aloud but keep picking their favorites, creating resentment and embarrassment. In my creative writing classes, everyone reads aloud or nobody does; the class should be a creative community, not a jungle.

I see it that way because I had an amazing creative writing teacher during my freshman year at Fordham University; she became my mentor and role model. She ran her workshops with good humor and warmth. She spurred us all to write better by pinpointing what we did best and helping us improve whatever that was. She never insulted us, humiliated us, made fun of us, or played favorites. She encouraged us all with grace and good humor. I’d even say she enjoyed us; she definitely enjoyed being in the classroom and made us feel that way too. Nobody ever dreaded being there.

Teaching isn’t combat or coaching, especially teaching creative writing. We’re not in the classroom to humiliate and harden our students as if they’re going into the cutthroat world of business or getting ready for the next football game against a team with no losses. Our role should be to help them grow as writers by identifying what they do best and where they need to do more work. As reporter Charles Kuralt put it simply, “Good teachers know how to bring out the best in their students.” Who needs shame to do that?

Lev Raphael is the author of Writer’s Block Is Bunk and 24 other books in many genres which you can find on Amazon.

I know, I know: a lot of people swear by her.  And a lot of writers find her inspiring.

People especially like to quote the writing guru on the subject of first drafts.  She’s apparently very reassuring for anyone who fantasizes that established authors get it right the first time–though are there really folks naive enough to believe that?  They can’t have thought too seriously or deeply about writing.  But then there are also people who tell me that they’ll write a book if they ever get “some free time”–as if that’s all it took.

Lamott’s unsurprising points about revision are valid: you have to keep revising, and revision is the heart of good writing for most writers. Where I think she goes seriously wrong in Bird by Bird is when she uses the word “shitty” to describe first drafts.  And she says that all good writers write them.  Really?  How does she know this for a fact?  Where’s her proof?

“Shitty” is an adjective I’ve never used to describe a first draft of my own.  And it’s a word I’ve never used in any creative writing class, workshop, or master class I’ve taught anywhere.  I think it’s more than just pejorative, it’s gross and inappropriate.  Messy is fine. Disordered, unfocused, rough, undisciplined, chaotic, jumbled, scattered, unfinished, inferior–any words like that will do.

But shitty?  That vulgarity degrades your own work, and it’s a slippery slope–even though Lamott is ostensibly trying to make people relax.  You get writers used to applying a word like shitty to a first draft and it’s too easy for them to survey their other work in dark times and think, “This is shit.”  It can plant the wrong kind of seed in people who already have to deal with doubts about their abilities.

She’s unfortunately spawned hundreds, maybe thousands of writers who throw the words “shitty” and “shit” around in connection with their work without thinking through its implications.

I once had a graduate writing professor call a story I’d worked very hard on “shit.”  Luckily I’d won that MFA program’s literary prize for the story so I was partly armored against his slam, but I was still offended.  I feel the same way when I’ve heard reports from my own students who report what other professors have said about their work.

In that same Bird by Bird essay, Lamott also talks about how much writers suffer, and how writing is never rapturous.  Well maybe some writers do suffer the torments of hell, and maybe for some writers their work is like a series of root canals without anesthesia, but never rapturous?  Her writer friends must be really miserable.  Most of the writers I’ve met enjoy writing.  Yes, it’s true!  They’re not martyrs–they love what they do.

None of my 26 books has tormented me when I wrote them, and none of the first drafts of my hundreds of stories, essays, reviews, or blogs were “shitty.”  Hell, some of the first drafts were pretty good. Surprisingly good. But I always knew they were just a starting point and I knew they would need more work.  For me, any draft is just opening a door, that’s all.  I don’t need to label it or dismiss it in any way, even if I’m dissatisfied or disappointed.  I just keep working.

Of course its work, but it’s also fun.  Promoting the idea that writers have to suffer plays to a stereotype that’s potentially damaging to beginners, though it may satisfy people who don’t write and don’t understand the process or the life.

Lev Raphael is the author of Writer’s Block is Bunk (Advice for Writers) and 25 other books in genres from memoir to mystery which you can find on Amazon.  He teaches individualized workshops and edits manuscripts in all genres at writewithoutborders.com