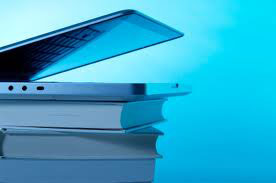 Ten years ago I stopped reviewing for the handful of newspapers and magazines I’d spent a decade freelancing for.  But I kept reviewing on several radio stations because I felt freer there and had more fun; eventually I also moved on line to Bibliobuffet.com and The Huffington Post.

I didn’t quit print reviewing because the deadlines wore me down.  I loved the discipline of writing well under pressure, seeing my work in print so quickly, and knowing people read it.

And I didn’t quit because I had a vision of the decline of print journalism.

On radio, nobody hassled me about whether a book had come out that week, that month, or the month before–but print reviewing was very different.  One newspaper editor in particular was obsessed with “timeliness.”  Here’s what she meant:  I couldn’t, for example, review a book in December if its official publication date was in November. Why? Because by then it was old.

This struck me as ridiculous. Reviewing books isn’t like covering fast-breaking news stories. Why would readers think the way my editor(s) did? Especially when I was reviewing fiction? Why would readers care about publication dates?

Let’s be clear. Not every newspaper or magazine operates in this way, but those that do are extremely rigid in their boundaries, and that’s sad.   Books get lost; staffers at publishing houses fall ill and fall behind; sometimes they forget to send all the review copies out.  Books can reach the reviewers late for any number for reasons, but if that happens at one of these outlets, the author and the publisher are completely out of luck.

Reviews are a crucial part of a book’s success, even bad reviews, because they alert people to the book’s existence, and not everyone believes bad reviews anyway.  I’ve bought books precisely because a certain reviewer didn’t like them and I knew our tastes were very different.

I don’t miss living with that kind of rigidity at all.  And I feel sorry for all those authors whose books don’t get in under the wire to at least be considered for review.  The strict policy about publication dates is old-fashioned, idiotically restrictive, and doesn’t serve the interests of the reading public well at all.

I’m glad I don’t have to work with editors who are so inflexible and that I can share my excitement about a book whenever I discover it, because that’s the best part of being a writer-reviewer. The second best part is finding a book to review that also makes me a better writer and when that happens, it’s magical.

Lev Raphael’s books have been translated into fifteen languages, most recently Czech and Romanian.  His 25th book is a novel of suspense about stalking, gun violence, and militarized police: Assault with a Deadly Lie.