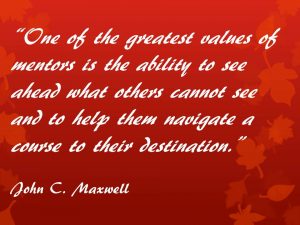 I had dreamed of being a writer since I was in second grade, but it wasn’t until I took my first class with Kristin Lauer at Fordham University that I fell in love with writing itself.

Dr. Lauer was my first and best creative writing teacher and was endlessly inventive in her choice of assignments. But more than that, she was a model for how I would teach when I entered academia years later. She did not believe in pointing out everything that was wrong with your work, in bullying you like a coach, in making you tough because “the world is tough.”

Her approach was to use humor and encouragement. She did her best to work from the inside out of your story or sketch, making you feel like she was communing with it, and with you.

She said to me more than once that I’d publish and win prizes some day if only I wrote something “real.” That was my City of Gold, the mystical goal that I reached with my first publication in a national magazine. It was a story drawing on and transmuting my own life as the son of Holocaust survivors, a story I needed to tell but was afraid to.

She midwifed that story. I would read a bit to her on the phone and she’d comment and then urge me to keep writing and keep calling her. That story won a writing contest judged by Martha Foley, then-editor of the yearly volume The Best American Short Stories, and was published in Redbook. It wouldn’t have lived without Professor Lauer’s dedication, commitment, and teaching genius.

And I wouldn’t have had the career I’ve had or be the widely published author I am today, an author whose literary papers have been purchased by the Michigan State University Libraries.

Whenever I walk into a class or leave one, whenever I work with a student on her writing, my mentor is on my mind: muse, guide, inspiration.

Lev Raphael teaches creative writing online at writewithoutborders.  He’s the author of two dozen books in genres from memoir to mystery including a guide to the writing life, Writer’s Block is Bunk.

2 thoughts on “My Mentor is Always with Me”