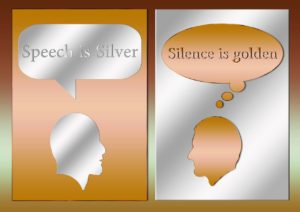 The answer is simple: Everything.

Roxane Gay once pointed out in Salon that discussions about whether women writers don’t get enough press coverage miss the point.  Even successful authors are easily dissatisfied: “What most writers have in common is desire. We want and want and want and want.”

I learned this early in my publishing career when an author I was getting to know told me about another writer whose first novel had been reviewed on the front page of the New York Times Book Review. It was subsequently on the NYT best seller list, and sold about 500,000 copies. That’s the kind of exposure, notoriety, and sales record most writers would kill for.  My friend had lunch with this author who turned out to be miserable. Why? He hadn’t been nominated for a Pulitzer Prize, and couldn’t let go of the disappointment.

I’ve met a millionaire author of thrillers whose books sell worldwide and have been made into movies–but that’s not enough. What’s missing? Respect from established literary critics. Another writer friend who’s spoken all across the country and has taught writing workshops in Europe is eaten up by not being invited to keynote an annual writer’s conference back home in a small college town.

No matter what level of achievement writers reach, many of us just can’t stop hoping for more. Sadly, we don’t wish we were writing better books, we wish we were better known, richer, more respected, had more exposure or just had something other writers had–whatever that is. And in the end, it wouldn’t be enough, because for many writers, there’s never enough.

Roxane Gay’s essay was another voice in the controversy launched  when novelist Jennifer Weiner went public about about not being as admired as Jonathan Franzen, not getting his level of respect or review coverage. She’s a writer of popular fiction, she’s been a New York Times best seller, she’s made millions from her books and more than one was turned into a movie. It’s an enviable place to be, but she apparently envies literary novelist Jonathan Franzen, who’s been on the cover of TIME and endlessly praised by the literary establishment.

Whatever you think about her complaints or about her writing, I can’t imagine Weiner would be happy if she had everything she thinks she wants, because there would be something else beyond her reach. She’s a writer, after all.  For way too many of us, our favorite music is what the poet Linda Pastan calls “the song of the self.” It’s a one-voice melody that runs up and down the scale “like a mouse maddened/by its own elusive tail.”

Lev Raphael is the author of Writer’s Block is Bunk and 24 other books in genres from memoir to mystery which you can find at Amazon and Barnes & Noble.