Do you remember the JetBlue flight attendant who freaked out a few years back? Somebody worked his last nerve, so he not only announced how fed up he was on the intercom, he grabbed a beer from the beverage cart and left via an emergency slide.  Cue the music from Rocky!

What a way to quit a job, but how do you make a grand exit if you’re a writer and you’re not somebody famous like Philip Roth?

I had early success. My first good short story won a prize with a famous editor as the judge.  Then it was published in Redbook, which had millions of readers.  The story garnered me lots of cash, fan mail, and queries from agents. It also turned my head, not that I needed much encouragement there. I grew up in glamorous New York and getting a story into a national magazine seemed a natural first step. What other possibilities were there?

Five years of drought followed. Well, there was actually a vile crop: I reaped endless rejection letters. Nothing I wrote was accepted anywhere by anyone. I grew desperate to quit and contemplated various alternate careers.

This wasn’t the first desert I would have to cross in my 30 years as a published writer. I wanted to succeed, and I also wanted to quit. But writing wouldn’t let me. I was compelled to keep exploring my inner world and the world around me in short stories, which finally  started being published in the early 1980s.  The breakthrough didn’t just thrill me, it delighted all the friends who had been suffering along with me.

But getting a book of stories published after that was unbelievably hard, especially when editors would say things like “I don’t like your metaphors and such.” My such? What the hell was that?  I confess I was tempted to write back and say, “My such is pretty damned good.”  Or “Such you!”

Facing another brick wall, I told my partner more than once, “I’m giving up writing as a career.” And I pictured gathering all my manuscripts together, building a bonfire and just getting rid of everything (including the discs).

It wasn’t until I was reviewing for various magazines and newspapers like The Detroit Free Press and The Washington Post that I finally had an actual writing job, even if it was freelance. And even though I could quit whenever I wanted to, I enjoyed the deadline pressure, the challenges of reviewing across genres, and the interaction with editors and readers.

The turnaround came in 1990 with my first book, but the ups and downs of publishing 25 books in many genres since have echoed the roller coaster of my early career. Things look great, then they look crappy, then I look for an exit. But there isn’t one. Because every time I’ve tried to or wanted to give up, fortune hands me a plum, or I get an idea for a new book and it won’t let me go.

The cold hard truth is what the late novelist Sheila Roberts one said to me, “I love the sheer sensual pleasure of putting one word next to another–there’s nothing else like it in the world.”  And she grinned.  Because she’s right.

Have you ever imagined giving up writing as a career and doing something completely different?

Lev Raphael’s 25 books in genres from memoir to mystery can be found on Amazon. 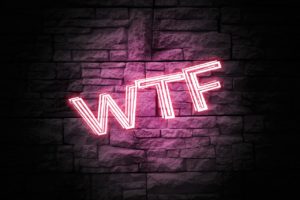 When you publish a book, it’s open season. Nobody tells you that being published gives total strangers license to say outrageous things to you that you could never imagine saying to anyone.

I’m not just talking about people who’ve actually bought your book. Even people who haven’t read your book feel encouraged to share, in the spirit of helpfulness.

Now at first, when you’re on a book tour it’s surprising, then tiring — but eventually it’s funny, and sometimes it even gives you material for your next book. All the comments on this list have been offered to me or other writer friends in almost exactly these words:

“I liked your book, but I hated the ending.”

“Your characters shouldn’t be so nice.”

“Your characters should be more likeable.”

“You need more sex in your books.”

“There was too much sex in your book.”

“The book doesn’t make sense unless there’s a sequel.”

“You used too many words I had to look up.”

“Too bad you’re not better known.”

“It was fun but it’ll never sell.”

“My bookstore doesn’t carry any of your books.”

“I found some typos in your book — you should fix that.”

“Can you tell your agent about me?”

“You have a way with words.”

“Why does your English professor character quote books?”

“Your stories are too short.  Did they leave something out at the factory?”

“You need to put a nice lesbian in your next book!”

Lev Raphael is the author of 27 books in genres from memoir to mystery.  His latest is Department of Death, which Publishers Weekly called “immensely enjoyable” in a starred review.

That question is a fascinating doorway into how people tend to perceive authors and the writing process–and how they want to.

My answer is plain: Never.  And here’s what I mean.  Everything that appears in my books, every aspect of plot, setting, dialogue, characterization, action is mine.  Hell, the punctuation is mine, or as much mine as anything can be in this life of transience.  I created it all, and even if I got advice from an editor or was inspired by other writers, the final form is mine.  The words are mine,  the rhythms are mine.  It’s all shaped by me as a writer, as an artist, consciously and unconsciously.

My characters are not independent of who I am.  They don’t speak to me: I speak through them. 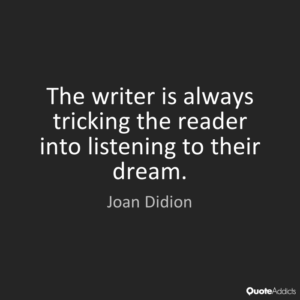 Saying a character surprised me is dramatic, but it’s not accurate.  I surprised myself.  Something was churning away inside, some unexpected connection got made that changed what I was working on.  This happens constantly when we write: a mix of editing and revision and creation at the sentence level and the chapter level.

But many writers love to grin and say, “Yes” in answer to the question above, tell dramatic stories that make audiences smile and even laugh.  It seems to confirm something to non-writers about what it’s like to write; it makes the whole experience more romantic and glamorous than it actually is.

Once I was nearing the end of a book and realized I had the wrong person committing murder.  It wasn’t the murderer speaking to me, or the victim piping up, or even the gun giving advice.

It was the mind of a writer spinning straw into gold. And after a long and fruitful career, I’m glad those moments keep coming.

Lev Raphael is the author of Writer’s Block is Bunk (Guide to the Writing Life) and 24 other books in genres from memoir to mystery.

Poor newbie writers.  Everywhere they turn, someone’s telling them how to be successful.  Go indie!  Publish traditionally!  The advocates of each path offer mind-numbing statistics to prove their points.  It’s as frantic as those middle-of-the-night infomercials for exercise machines that will trim belly fat in only ten minute sessions, three times a week.

Of course, these machines are modeled for you by men and women with killer abs and minimal body fat.  You and I will never look like that unless we give everything up and hire live-in trainers.  And even then, as the coach said in Chariots of Fire, “You can’t put in what God left out.”

I’ve lost my patience with super-successful indie or traditionally-published authors telling the world to publish and promote your books the way they did because look how great things turned out for them.  Each side reports the benefits of what they’ve done with certainty and conviction, and of course they’re either best-selling authors on the newspaper lists or best-selling authors on Amazon.  Or both.

Most authors will never reach the heights of these newly-minted experts, and not through any fault of their own.  It doesn’t matter how hard you work, how good your book is, luck and timing are key ingredients that can’t be corralled.  Books have their own karma.  The right book at the right time published in the right way booms. We have no control over how our books succeed or fail, but we can control how good they are before they reach readers.

But nobody can predict it’s going to happen.  And the authors who share their glorious experiences need to realize that though they may want to inspire and enlighten wannabes, at some level, they just make the rest of us drool or wish we’d listened to our parents and gone into something less unpredictable like Accounting.

The author of 25 books in many genres, Lev Raphael has taken his twenty years of university teaching online to offer unique creative writing workshops at writewithoutborders.com