The program was going to be housed at historic Lund University in the south of that country not far from Copenhagen, and I plunged into reading everything I could about the region, its culture, history, sites, and food.  More than that, I began studying Swedish, which would be my third foreign language after French and German.

I fell in love with both the sound and sense of it.  Swedish has multiple stresses in it which makes it more musical than English and German; the grammar isn’t nearly as complicated as German; the spelling is much simpler.  Best of all for a beginner, in the present tense the verb form is identical in each position.  You can do a lot with just the present tense.

I immersed myself in all things Swedish and learned about Fika, their afternoon coffee break with something like a cinnamon bun, and better still, their concept of lagom: being contented with having just enough, which is so antithetical to the American hunger for more, more, more.

I studied Swedish daily via Pimsleur or Babbel or Duolingo–to the point where a friend with Swedish relatives said my accent was really good.  “You sound like my uncle!”

Though I’d be teaching in English, and Sweden ranks very high in Europe for English language fluency, I wanted to be able to talk to Swedes when I traveled around the country in their own language.  I was busy, busy, busy. 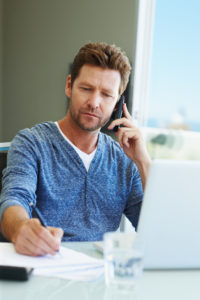 On the academic front, I planned a creative writing course and a course in Swedish crime novels in translation.  We were fired up. But my colleague and I hit a massive roadblock.  Lund University insisted on having one of their professors do guest lectures at $1500 an hour and assigning us a student assistant for several thousand more.  Our budget couldn’t handle those expenses and they wouldn’t negotiate.   End of a dream.

When the pandemic hit and Michigan went into lock down, I found myself at loose ends and bored, since I wasn’t working on a book.  I looked around for ways to structure my time when everything seemed so uncertain, and Swedish seemed a natural choice.  Since March, I’ve been re-experiencing the joys and challenges of a language with some similarities to German but oh-so-many differences.  Like the articles tacked onto the ends of the nouns: Hus is Swedish for house, and the house is huset.

After breakfast very morning, I have a second cup of coffee and do 10-15 minutes of Swedish On Duoling and feel as calm as if I’m meditating.

When all this is over, I would still like to travel to the south of Sweden, which is beautiful and close to Copenhagen, and see the gorgeous old college town of Lund.  It’s apparently small enough to walk or bike across in less than half an hours. Lund is also close to where the Wallander mystery series was filmed as well as the larger cities of Gothenberg and Malmo. I’ve kept all my travel guides in the hope that it comes to pass.

My favorite Duolingo Swedish sentence is in the title of this blog: Jag kan inte hittar mina byxor.  I would love to have the occasion to use it there to see how people react.

Lev Raphael is the author of 26 books in many genres, most recently State University of Murder.

I’ve been lucky over the years to travel abroad extensively on book tours, but primarily for research or just for fun. I’ve been to France, Belgium, England, The Netherlands, Italy, and Germany many times.

My French and German are good, my Dutch passable, and I can manage “travel Italian” though I know my accent needs work.

Many of these trips fulfilled dreams. I’d always hoped to one day teach abroad and I wound up with a six-week gig in London where the museums blew my mind and I fell in love with the Pimlico neighborhood I was staying in. For years I’d fantasized about visiting Bruges in Belgium and my week there doing research forr a book was unbelievably fulfilling. The food, the historical sites, the museums and churches surpassed my expectations. Oh, and then there’s the beer. I tried local varieties but also beers I’d had at home in bottles, this time they were on tap and tasted so much better. In Bruges I felt like Charles Ryder in Brideshead Revisited: drowning in honey.

I’d spent some time studying Dutch before my trip and found it really made a difference doors when shopping or ordering food or chatting with the B&B owner.  I ahd somehow even picked up a word for “amazing” that the owner, from the French part of Belgium didn’t know: verbazingwekkend.  When I used it, she was delighted.

As backup, my French was very handy and I once even found myself asking directions in German from someone whose accent in Dutch made it very clear where he was from.

I’ve had that same feeling of bliss elsewhere. Like standing on a bridge in Paris at night my first evening there with my beloved spouse, gazing at the buildings glowing with light and watching bateaux mouches glide down the river.  Once, through some scheduling mix-ups on one German tour, I ended up with something rare: free time. It happened to be in Munich and I actually had two entire days there for tourism, slow, fantastic meals in a number of restaurants, and a whole afternoon at the Nymphenburg palace and grounds.

There was a time I thought I might be teaching in Sweden, so along with studying Swedish (which I loved), I spent months researching sites across the southern part of the country for myself and whoever my students would be.  I read deeply about Swedish history and customs, tried out my Swedish on a friend with Swedish family and even studied a Swedish art song in my voice lessons.

The trip fell through for complicated reasons, but I’d been so immersed in what might be happening, watched so many videos, it felt as if I’d actually been there.  For a whole year and a half, I was dedicated to the idea of being in Sweden for a month and a half, and when it didn’t happen, I somehow wasn’t as disappointed as I expected to be.  The same thing has happened with trips to Nice and other cities where I had tremendous fun just planning: studying everything from train schedules to walking tour maps and restaurant menus.  When I plan a trip, I buy books, watch travel videos, study the destination in depth and the immersion is all-consuming.

It’s said that the journey not the arrival matters, but sometimes, for me, the journey doesn’t get father than my iPad–and that’s fine.

How about you?  Have you ever felt like this about a trip that didn’t happen?

Lev Raphael teaches creative writing workshops at writewithoutborders.com.  He is a member of the North American Travel Journalists Association.