The New York Times recently did a story looking at possible plagiarism in A. J. Flynn’s best-selling novel The Woman in the Window because it seemed very similar in ssignificant ways to Saving April by Sarah A. Denzil.

This is murky territory, because as someone who’s reviewed crime fiction since the 90s, I find thrillers often work with similar ideas and even plot twists. Is it theft? Or is it the fact that the genre has certain tropes that appeal to readers and smart authors stick to the tried and true?

I have been definitely plagiarized in my own career. Years ago I was the first person studying Edith Wharton to notice that the feeling of shame cropped up all through her fiction. Searching the literature about her, I found that nobody had examined this theme or even remarked on it.  I started publishing articles about shame and her fiction, working with Silvan Tomkins’ Affect Theory.

In addition to unveiling this neglected them, I also discussed works of Wharton’s that had never been written about in any academic article.  I shared copies with one Wharton scholar whose next book lifted my ideas without any footnote. When I contacted her about it, she said brightly, “Well maybe we were working on similar tracks at the same time.”

When I reminded her of the articles I had sent her, she was silent. I asked if she could have her publisher add an erratum slip, which academic publishers do when there’s an error in the text. This small printed slip of paper tucked into a book is an inexpensive way to make a correction or note something was left out. Sounding agitated, she said, “But that would look like plagiarism.”

That was very revealing.

Then there was a less obvious borrowing when a well-known author in The New Yorker lifted something I wrote about Edith Wharton and William Dean Howells in an online magazine. He and I had previously appeared in the same issue of that magazine, so I assumed he had read my article as I had read his there.  I wasn’t being paranoid to think he was lifting what I wrote because a professor at Michigan State University noted the similarity and said, “He owed you a reference.”

More recently, after a terrific week in Ghent, Flanders, and because I’d published travel blogs and a travel memoir, I pitched a “36 Hours in Ghent” article to the New York Times Travel section.  They hadn’t done one before and I was planning a return trip. There was no reply, but this week, sure enough, a “36 Hours in Ghent” article showed up in the Travel section. Was the author working on the same idea seven months ago when I made my pitch? Maybe.  Maybe not. It definitely felt creepy,.  You’d think if the Times had already assigned a piece like that–or was planning to–they would have rejected my query with an explanation.

That’s unfortunately the life of a working writer.  And while I haven’t had direct theft of actual lines, these experiences have been bad enough.

If you’re a writer, have you ever had your work stolen?  Add your comment below.

Lev Raphael offers creative writing workshops online at writewithoutborders.com.  He’s the author of the forthcoming mystery State University of Murder and 25 other books in a wide range of genres. 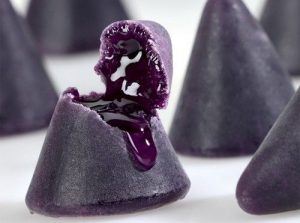 Bruges and Ghent were never on my radar until my first trip to Paris when I came across a travel magazine with a big section on Bruges and the amazing canals had me spellbound. I didn’t get there as soon as I hoped (author book tours in Germany sidetracked me), but when I did, it outshone my fantasies. My timing made it possible to see the famous Holy Blood Procession that had been going on there since medieval times.

In Bruges, my wonderful B&B host and I discussed other cities in Flanders and she dismissed Ghent as not up to the standard of Bruges. She thought that it was worth—at the very most—a day trip. That was also apparently what her other guests told her after visiting Ghent.

Having  spent a week there myself, I don’t agree. Bruges is magnificent, thanks to its death in the 14th century as a port city and to being relatively untouched by war through the centuries. The core of the city is beautifully preserved, and the further you get from the crowds, the more tranquil you find it. But it’s definitely “preserved” and in many ways feels like a giant museum.

Ghent on the other hand is a very dynamic city. It has its fair share of canals and gorgeous buildings, as well as ancient churches and beautiful art. Bruges has the Michelangelo Madonna and Child, Ghent has the Van Eyck altarpiece. I think it’s a draw there, and the same goes for the food. I ate just as well in each city, savoring Flemish/Belgian specialties like waterzooi, carbonnade, vol-au-vent, moules-frites, stoemp, and of course made only a tiny dent in the amazing variety of amazing beers (there are apparently over 1,000).

Where Ghent outweighs Bruges for me is the fact that it’s a university town that’s friendly, entertaining, and alive. Ghentians call their home “The City of Trust and Love” and I found that attitude in people of all ages.

Lev Raphael is the author of two dozen books in genres from memoir to mystery, and is currently working on a novel set in Ghent.